In Memory of Past Deputy Chief Levan
Friday, April 9, 2021

Joe’s tenure in the Delaware Volunteer Fire Services spanned more than 50 years, 10 months, and 20 days where he served in the following capacities: Firefighter, Second Lieutenant, Second Assistant Chief, Deputy Chief, and was awarded a Life Membership in the Goodwill Fire Company of New Castle. At Indian River, Joe served as Firefighter, DVFA Delegate, DVFA Alternate, Chairman of the Fund Drive Committee, and participated in many functions and committees within the county, state and regional fire service entities. Joseph culminated his tenure in the Delaware Valley Fire Chiefs Association in 2014 by serving as its President. Joseph joined Goodwill Fire Company in 1970 at the age of 19 and later joined Indian River in 2001.
Additional information regarding Joe’s tenure can be obtained by viewing the illustrated link: http://irvfc.com/profile.cfm?id=58
Additional information regarding the Memorial Services will be forthcoming. 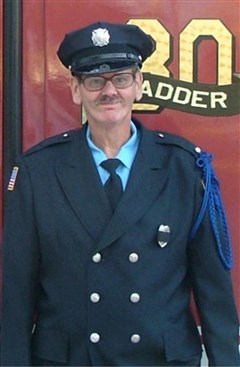